Many governments and NGOs are working tirelessly to help spread the news on addiction. In their efforts, they offer a variety of treatment options that addicts can turn to. This way the information is spread far and wide-reaching as many people who need it as possible.

In 2019, a new campaign was launched in New York City aimed at promoting addiction information especially on where to get treatment. The crucial campaigned also spread the word about support networks recovering addicts can rely on. Insurance coverage on matters of addiction is addressed in this campaign which is a concern of most seeking treatment.

The campaign dabbed ‘Know Your Facts’ was the brainchild of (OASAS) New York State Office of Alcoholism and Substance Abuse Services. The main aim of this campaign was to provide vital information to all New Yorkers about addiction and the treatment options all addicts have. The information is crucial especially for those friends and family members who want to help their loved ones.

There is a lot of press around opioid addiction and more information needs to be delivered to the public. The aim of the campaign remains to help the public learn as much as they can about addiction and remove the stigma around seeking treatment. Lack of awareness has New York officials worried as many people don’t know where to turn to when they need help.

There are resources available for addicts but if they don’t know about them then they can’t get the help. Over 1.9 million residents of New York have a problem with addiction. Every New Yorker knows someone affected by substance abuse. These statistics are worrying and the fact is most people don’t know where to turn to. OASAS has an official website where they have a list of all treatment centers for addiction within the State.

The ‘Stages of Recovery’ Campaign

The American Addiction Centers (AAC) launched a campaign in 2019 aimed at spreading awareness on addiction recovery. The campaign entailed images of recovering addicts from their treatment centers before and after images. This works as a visual representation of how seeking treatment can transform the life of an addict. All who participate in this campaign are addicted to one form or substance or another. The campaign was launched as the country celebrated ‘Recovery Month’.

The purpose of this campaign by AAC is to help all those struggling with substance abuse to know there is hope. They get to see the transformation of people with the same struggles and know they can benefit from treatment too. Apart from the images, participants get to share their journeys on whey they started using. Many people can relate to such stories since they depict everyday struggles.

When addicts see the transformation and listen to the journey each participant has been through they know they too can get help. Showing results has proved to be a better campaign strategy and many more people are getting the help they need. They see themselves in these participants and know they share the same struggles in life.

Between 2007 and 2016, Cuyahoga County in Nothern Ohio reported an increase of 1000% in deaths related to heroin and opioid addiction. These statistics have increased steadily over the years and until recently not many people knew the scope of opioid addiction in the US. Death related to overdoses leads to the Cuyahoga County Campaign that shows a representation of pill sets as coffins.

Also in use are grenades with pills in them and guns which is a visual representation of just how lethal opioids are. This emergency led to the US Attorney’s Office in the Nothern District of Ohio to call an urgent meeting. It involved many stakeholders from law enforcement, health care, policy making, and addiction treatment. This meeting resulted in a summit aimed at creating community awareness and the Cuyahoga campaign.

The meeting resulted in a task force being created that would oversee education within the county of the dangers of heroin and opioids. These two have become not only a state problem but spread aggressively nationwide for the case of opioids. An education plan was formulated to spread as much awareness as possible. In this way educative materials are distributed in schools, colleges, and public areas like parks.

Prioritizing heroin and opioid addiction as a public health threat meant more resources could be channeled to not only educating people but treating addicts. They were informed of all the available resources within the county they could use to get treatment. Important legislations were discussed that impacted this matter.

Active campaigns that involve stakeholders in all countries are a great way to help reduce the number of addicts. Addiction affects many people from all walks of life. Without proper measures and strategies, this can turn into a national health threat. 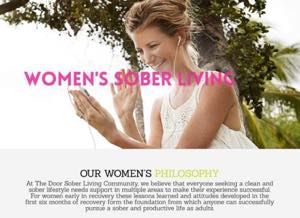 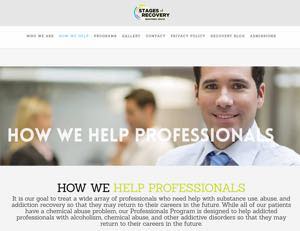